As a member of the coast guard, Mike Weaver is guided by a single objective: to locate and protect those in need. So when his cousin Martie and her new husband disappear, Mike has no doubt that he possesses the skills necessary to find answers. What he doesn’t anticipate is that the truth he seeks is buried deep within a tangled network of greed and deceit.

When Mike’s past violently collides with his investigation, he is forced to accept help from virtual strangers—Angelia and her family anticipated a quiet family picnic in the mountains, but when they encounter a wounded Mike, Angelia and her father, with his military background, spring into action. When they discover that Mike’s search for his cousin has a surprising connection to their family, they join his dangerous hunt for answers. Search and rescue is in Mike’s blood, and with the help of his unconventional team of investigators, he’ll stop at nothing to bring his cousin home safely.

Clair M. Poulson was born and raised in Duchesne, Utah. His father was a rancher and farmer, his mother a librarian. Clair has always been an avid reader, having found his love for books as a very young boy.

He has served for forty-eight years in the criminal justice system. Twenty years were spent in law enforcement, ending his police career with eight years as the Duchesne County Sheriff. For just over twenty-eight years Clair has worked as a justice court judge for Duchesne County. Clair is also a veteran of the US Army where he was a military policeman. He has served on various boards and councils during his professional career, including the Justice Court Board of Judges, Utah Commission on Criminal and Juvenile Justice, Utah Judicial Council, Utah Peace Officer Standards and Training Council, an FBI advisory board and others. He retired as a judge after 31 years.

In addition to his criminal justice work, Clair has farmed and ranched all of his life. He has raised many kinds of animals, but his greatest interest is horses.

Clair is married to Ruth, and together, they have five children, all of whom are married: Alan (Vicena) Poulson, Kelly Ann (Wade) Hatch, Amanda (Ben) Semadeni, Wade (Brooke) Poulson, and Mary (Tyler) Hicken. Between them they have twenty-six grandchildren, and three great grandchildren. Clair and Ruth met while both were students at Snow College and were married in the Manti temple.

Clair has always loved telling his children, and later his grandchildren, make-up stories. His vast experience in life and his love of literature has always contributed to both his telling stories to children and his writing of adventure and suspense novels.

Having never read anything from the author, I was intrigued by the premise and was eager to start reading. The story jumps right in and hooks you so you have to keep reading until the end.

First, the cover is beautiful and eye-catching.
Second, the premise of the story is enticing. I love a good (and clean) suspense thriller with some romance and lots of action! Detective stories are always so interesting to me.
Third, the characters were interesting and very relatable in some ways and not relatable in others. Keeping track of all the different characters can be a little bit confusing but I was able to follow along. The book is written from many different perspectives which also can get confusing but somehow worked.
Fourth, all the twists and turns and connections are fun and almost unbelievable. I love having to keep guessing until the end.

Note: this is not the only LDS author that I’ve read but it is the most content I’ve read that includes a backdrop of LDS within the story (I read a lot of LDS authors that write Regency Romance).

Highly recommend this exciting suspense thriller with romance and action!

He just wants to leave the past behind him…

International hotel manager Ben Carter is not sticking around Hearts Bend. He’s just home to sell the inn he inherited from his grandparents. The place holds all his best memories—especially the ones that include regular summer guest Cami Jackson. But she’s been out of his life for years, and she’s not coming back.

She is headed for a glorious future…

Real estate developer Cami Jackson is ready to take over as VP of her father’s company, Akron Development. When the Hearts Bend Inn comes on the market, she wants to swoop it up, if only because of the sweet memories of her favorite summers. The last thing she expects to find is her first love back to sign on the dotted line.

But a first love won’t let them go…

The more time Cami and Ben spend together, the more they realize they have unfinished business. Suddenly, an impulsive decision could turn into a lost-but-found dream. But for Cami’s father, the inn holds memories of a terrible tragedy, and he wants to kill the deal.

Will their lost dreams survive another betrayal?

When Mandy Boerma isn’t hanging out at her favorite coffee shop writing, she’s a busy mom. After meeting Prince Charming, they started their own version of Happily Ever in the Florida Panhandle. Nothing compares to life at the beach. While those early days included romantic sunset walks with sand between our toes, days are now filled with sandcastles, swimming and school. Mom-duties fill Mandy’s days. You know them all— cooking, cleaning, chauffeuring, organizing, helping at school, all the lessons and practices, homework, etc. And because that’s not enough, she also teaches piano, normally with coffee in hand. Visit her at www.mandyboerma.com.

You’ll Be Mine
by Mandy Boerma & Rachel Hauck
Book 2 in the Hearts Bend Collection
Rating: 4/5

It’s always good to be back in Hearts Bend, Tennessee! I really enjoyed this story surrounding Hearts Bend Inn that captures small town charm and the lure of second chance romance. I highly recommend reading the other books in this series and setting but it’s not necessary to appreciate this lovely story.

First, how cute is the cover! I love the design.
Second, I loved the setting around the Inn. Small towns have so much charm and character that makes the reader fall in love so easily.
Third, I really loved the main characters and their chemistry together. They were not perfect by any means which makes them incredibly relatable. Ben and Cami get a second chance at love despite all of the things keeping them apart.
Fourth, I always enjoy when the authors bring faith into their stories and speak of God’s willingness to give us second chances.

Be transported back to Hearts Bend and fall in love again!

Visit @justreadtours on Instagram for how to enter. (US only. Void where prohibited by law or logistics. Instagram is not affiliated with nor responsible for this giveaway. Giveaway ends at 11:59 PM EST on September 5, 2022.)


Rhianna Davies is well-acquainted with heartache after the painful loss of her parents. At the arrival of her ghastly uncle, she is brought even lower: Rhi has been banished from her family’s estate home and must rely on the kindness of her tightly knit Welsh miners for help. Without the protective love of her parents, Rhi has no illusions that hers will be a happy ending—until an addendum to her father’s will arrives in the hands of a prince.

Marc Wilhelm, Prince of Oldenburg, is in Wales with one purpose: to claim his betrothed. A long-ago promise between their fathers forges an indelible link between Rhi and Marc, but there remains just one problem: neither wants to marry a stranger. With no remaining ties to Wales, Rhi agrees to accompany Marc to Oldenburg, where he will forfeit their betrothal so she may have her pick of husbands. But their journey takes them down unexpected paths, from the depths of a Welsh mine to the marriage mart of London to a warm reception in Oldenburg. Rhi and Marc discover that their connection and their challenges run deeper than either anticipated, but whether from their own hesitations or from danger that threatens without, the couple might be thwarted before they can even begin the happily ever after they so richly deserve.

An award winning author, including the GOLD in Foreword INDIES Book of the Year Awards and LDSPMA Praiseworthy’s top award for Romance, Jen Geigle Johnson has more stories circulating in her brain than can possibly be told. She discovered her passion for England while kayaking on the Thames near London as a young teenager. HIstory is her main jam. Her literary heroes include the greats: Jane Austen and Charles Dickens. But she has modern sensibilities as well. Six children and an inspiring husband keep her going and make certain she doesn’t stay glued to a keyboard or lost in obscure fascinating details of old castles. She once greeted an ancient turtle under the water by grabbing her fin. She waterskis like a boss and hits the powder, falling down steep moguls with grace. During a study break date in college, she sat on top of a jeep’s roll bars up in the mountains and fell in love with the man who would become her everything.

Now, she loves to share bits of history that might otherwise be forgotten. Whether in Regency England, the French Revolution, or Colonial America, her romance novels are much like life is supposed to be: full of adventure.

Wow. Who doesn’t want to get swept away to Europe and the romance of a prince and a young Welsh lady who is now an orphan?! The author brings the reader on a fun and flirty journey where love is inevitable between two people whose fathers’ arranged their marriage. No need to read the first two books but definitely helps with recognizing characters.
se.
First, the cover is beautiful and part of the illusion of being transported to another world and time.
Second, the premise is what caught my eye because I love a good arranged marriage story with forced proximity.
Third, I really liked the main character, Rhianna Davies, who is not a damsel in distress. She truly cares for others below her station and keeps a cool head when dangerous situations arise. She is someone I’d love to get to know more.
Fourth, the romance is beautifully written with fantastic tension between the two main characters. And that’s all I’ll say about that since you’ll need to read it for yourself 😉


Highly recommend this clean, regency romance that would make a great movie! 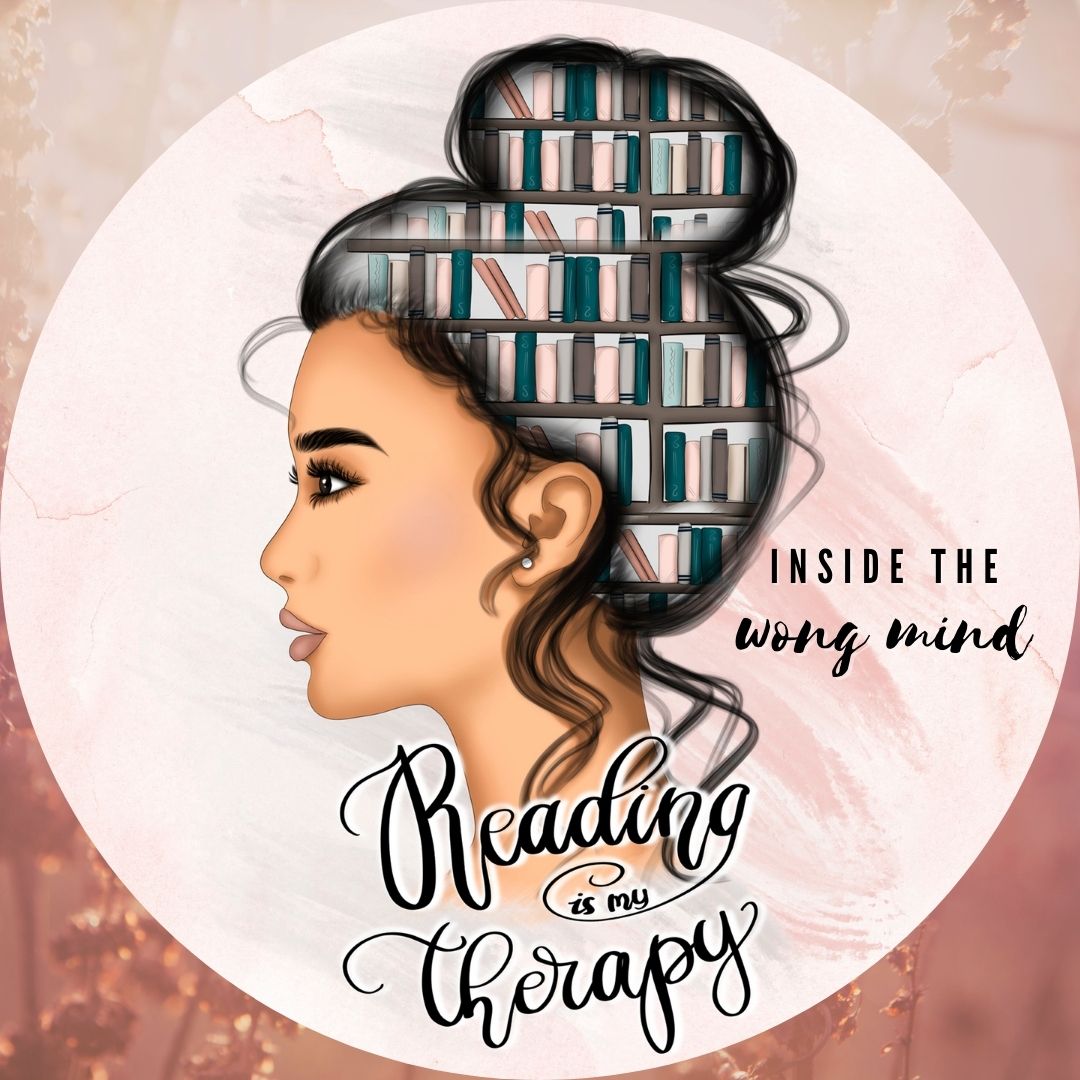